10 Romance Novels You Need to Cuddle Up with This Fall

Romance novels. The excitement of a new love, the passion, the fights, the fall-out, and the reconnection. There may be a formula, but when it comes to romance novels that get the heart racing and the pulse surging, you know you’ve got a good one. Here is a unique selection of romance books you should check out if you’re in the mood for love this fall!

Cherokee Sila is only a teenager when she flees her abusive marriage and meets Charley Barclay, a mill owner in the Missouri Ozarks. They’re both shocked to find there is a spark between them—and also thirty years. But that doesn’t stop their romance, and when Sila becomes pregnant, the two get married. On the brink of the Great Depression, Charley gets cancer, and Sila is at risk of losing everything—her inheritance and her home. In order to protect her family, she will make a decision that will impact everyone. Inspired by a true story, Wolf Den Hollow is a heartbreaking romance set in the early 1900s.

Kiss My Cupcake by Helena Hunting

New business owner Blaire, who runs a cupcake and cocktails shop, didn’t plan on swoony Ronan Knight opening a sports bar at the same time. Now they are both vying for the business of the locals, and will do anything to get customers, including hosting frosting making and ax-throwing contests at their perspective places of business. They’re enemies, but also, there is a chemistry growing between them, and that bond is strengthened when a new threat comes into the neighborhood that may impact their businesses.

Phoenix Walker and Orchid Paige are working together on a military campaign and have grown close to one another. So much so that Orchid has shared her personal history and traumas with Phoenix. When an accident occurs, Phoenix must decide if he should let Orchid go to save her from more trauma, or step in to be the man that Orchid needs. 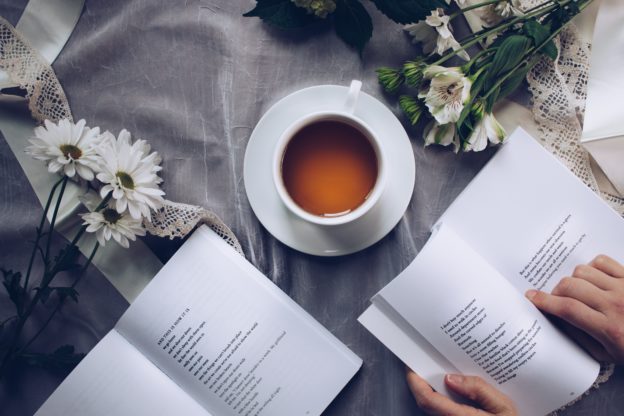 The Code for Love and Heartbreak by Jillian Cantor

In this YA retelling of Jane Austen’s Emma, math genius Emma is paired up with her coding club co-president for a new project. George isn’t too keen on the idea of meddling in people’s personal lives but they create a matchmaking app that proves to be successful. But soon, happy couples are breaking up and mismatched people start getting together. Emma begins to wonder if something is wrong with her algorithm? And also, why is she having feelings for a certain co-president?

The Cul-de-Sac War by Melissa Ferguson

Bree Leake is a job hopper so when her parents ask her to stay put in Abingdon, Virginia for one year, she’ll inherit her grandmother’s home. Bree has always wanted to live in her grandma’s home, but then she meets her new neighbor, Chip McBride. He’s just as free-spirited as she is, and it’s driving Bree insane. She can’t leave because of the deal she made with her parents, so she hatches a plan to do everything in her power to get Chip to move. But Chip is on to her so he starts fighting fire with fire. Will pranks to get the other to move turn into a love that neither anticipated or expected in this ‘all’s fair in love and war’ romance?

Ties That Tether by Jane Igharo

Despite a promise made to her Nigerian parents to marry within her own culture, Azere has a one-night stand with Rafael Castellano, who happens to be a white man. She has fallen in love, but does not want to disappoint her mother. Azere grapples with the decision to be true to her mother and her late father, or to go after her own happiness, knowing that may break her mother’s heart.

The Wrong Mr. Darcy by Evelyn Lozada and Holly Lorincz

Lightly inspired by Pride and Prejudice, The Wrong Mr. Darcy is a new rom com that will capture your heart. Aspiring sports journalist, Hara just landed the interview of a lifetime with rookie, Derek Darcy but despite his looks she finds the basketball payer’s arrogance obnoxious. When fate keeps bringing them together and Hara sees him in a new light, she
must decide to take a chance or leave Darcy hanging.

Stella Boor has just discovered that her biological father, who she thought was a nobody, was actually rock star Billy Jameson. He has just died and left her with his historic inn—and it’s not in good shape. While her original plan is to renovate, sell and move on, something convinces her that she should stay in Hope Springs. As she makes a new home, she will learn more about her father’s family and ask the important questions about her parents’ history.

You Had Me at Hola by Alexis Daria

Telenova stars find themselves at the mercy of each other when Jasmine Lin Rodriguez and Ashton Suárez are paired up to star in a bilingual romantic comedy. After a disastrous first meeting, where their chemistry is completely off base, they wonder if they’ll be able to work together to make a television romance believable. Because their careers are on the line, the two agree to rehearse privately and soon they’re doing more than just rehearsing. Ashton is keeping a secret though, and if the media gets hold of it—and of their secret romance—their images and careers may be destroyed.

The Beat Match by Kelly Siskind

Weston Aldrich, with his devastating looks and Italian suits, is gearing up to taking over the family business, yet there are two things that can derail his plan. One is that he moonlights as a masked DJ and if discovered, there’s no chance anyone will take him seriously in the business world. The second obstacle is Annie Ward. After his brother died, he promised to take care of Annie, but she drives him crazy even though he can’t stop thinking about her. Annie’s aspiring to be a DJ so when she discovers Wes’ secret evening activities she plans to take him on to show that she’s as good at something as he is, and that maybe he’s finally met his match.

This roundup was authored by Stephanie Elliot

Stephanie is the author of the young adult novel, Sad Perfect, which was inspired by her daughter’s journey with ARFID, Avoidant/Restrictive Food Intake Disorder. She writes about parenting, mental health issues, relationships, and of course, books. An editor and advocate for authors, she lives in Scottsdale, Arizona with her family. For more info, visit
www.stephanieelliot.com or www.stephanieeditorial.com.

5 Considerations for Expanding Your Business