If you’re anything like me, the rampant stupidity blasting from every single news report you see lately has you crying, “That’s it, I’m moving to Canada.” Yes, it’s time to start job hunting in Canada! 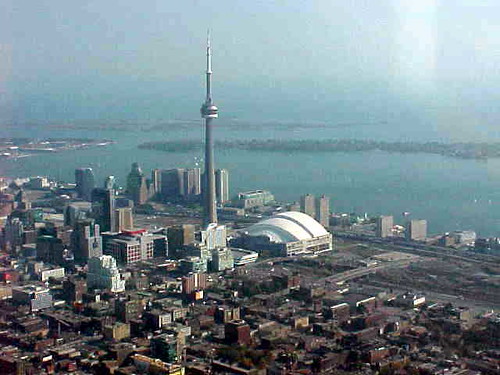 If you’re unlike me, and you actually mean it, there are some things you should know before trekking up into the Great White North. (And, since this is an article about Canada, I’ll get this out of the way right now: maple syrup, hockey, bears, Eh, Nickelback/Justin Bieber/Celine Dion sucks, Canadians are so nice, give us your health care, blah blah blah.)

Now that that’s settled, let’s talk about the actual details. You’re not the only one with this idea, apparently, since there’s a whole webpage called How to Move to Canada. Seriously. Oh, and if you just so happen to actually be moving to Canada for health coverage, you should know that there’s a three month waiting period. You know, just in case that’s what you were thinking.

But patriating to another country is a little more complicated than picking out a fashion-forward parka, so you’re going to want to familiarize yourself with the legal requirements months beforehand to give yourself some time to get the paperwork ready. (But seriously, though, do pick up that parka. I grew up near Augusta, Maine, and our fish tank used to freeze solid when the power went out.)

I kid. Job searching! You know the drill. Jobs in Toronto are hot right now with big companies like IBM–just take a look at the Career Builder results page. The Canadian unemployment rate is at 6.9% right now, and compared to the US’s 7.3%, which means that the competition isn’t quite as fierce up there. (And hopefully not because .4% of job searchers decided it just wasn’t worth the trek out into the snow.) A Canadian birdie (Goose?) told me that the hottest industries in Canada right now are finance, construction, nursing, and pharmacy. If any of these happen to strike your fancy, maybe you should set your sights north.

And for the record, Canada gave us the Barenaked Ladies, Sarah McLachlan, Walk Off the Earth, and Alanis Morisette, and that more than makes up for Nickelback and Justin Bieber, you naysayers.

Why an entry level sales job is ...

Nicole Pieri graduated with a B.A. in English from The College of New Jersey in 2011, and has since decided that jeggings aren’t as cool as she originally thought and that writing for a living online is way better than being a starving artist. Relocating from a cow town in Northern New Jersey to the big city of Philadelphia has brought her some great opportunities and changed her attitude from “always look both ways!” to “I’m probably faster than that bus.” In her spare time she enjoys crocheting and speaking in the third person so that it looks as if she’s important enough for someone else to have written a bio about her.