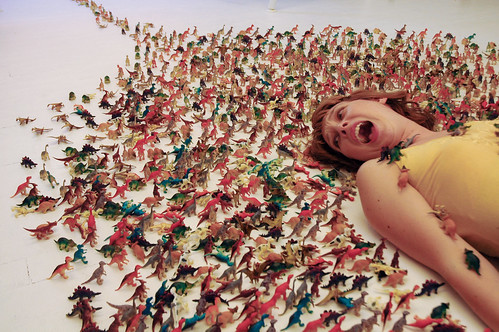 I’ve gone back and forth about whether or not to write about my job search. From the reason behind the decision to leave the agency world to the interview process itself, it’s been a roller coaster of a journey. However, I’ve received several direct messages and emails from other young professionals who are thinking of making a move from their current job. I hope that sharing my story can help those who are starting their job search journey right now.

Last January, I started to  think about where I saw my career heading. I’d always been very passionate about what I did, and I just wasn’t feeling it anymore. It’s hard to explain. Since my freshman year of college, I knew that I wanted to work at an agency. I’d focused my internships and professional development on this for several years. I’d even thought I wanted to start my own agency someday. It was very hard to accept that all I had worked towards no longer fit who I had become as a young professional.

I called a former professor and he asked me what I wanted to do. I said I was most interested in getting a job in the nonprofit sector or in higher education. It was that month that I officially began my job search, applying to nonprofits, educational institutions and even corporations. I didn’t apply to a single agency.

It was exciting, frustrating and overwhelming. I had to complete assignments after a long day at work. I had to find a way to deal with the seemingly never-ending rejections from people who said I didn’t have enough experience for the position. I was thrilled every time someone called to schedule an interview and enjoyed the challenge of presenting myself just right for each opportunity.

On Monday, Nov. 14, I was offered a position at a nonprofit community foundation. I was ecstatic. Throughout the interview process, I could tell the job would be a fantastic fit. I was excited that I would get to “do it all” – from media relations to marketing to social media. One of my friends says that my face lights up whenever I talk about my job.

I never imagined my job search would take so long or that I would go through so many fruitless interviews. Between January and November, I was interviewed by two universities, a community college, a credit union, a national construction company, one of the “Big Three” automotive companies, a health insurance company, a software company and two nonprofits.

Here are five lessons I learned throughout the process:

Don’t Think About How Much You Hate ...

6 Ways to Better Support Your Director