By Ms. Career Girl
22266
0
Share:
Credit Card Debt.  Gross.  This is not a fun topic, but it is one that many of us face being in our twenties and beyond.

Some of us may have discovered a credit card in college (and credit card debt shortly thereafter).  The high of having your own credit card(s) seemed euphoric at first, and you promised yourself you’d pay it off as soon as you landed that great job, but whoa- 3 years later that balance just keeps on growing…

Some used a credit card to help float them through a period of unemployment, or move to a new city.  Others figured they’d only use their credit card to furnish their lowly first apartment because: “It is zero percent for 6 months!”  (“Um oops, its been 6 months already?!”)  Before you know it, your car was vandalized again, you had unexpected medical credit card debts to pay, parking ticket debts etc and the emergency credit card was there for you. 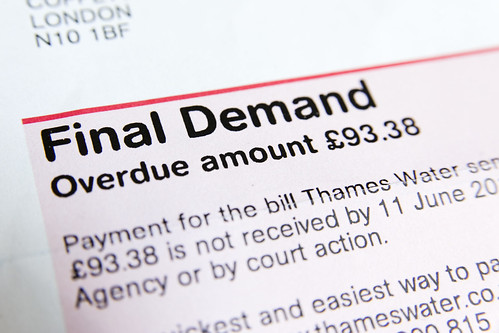 Like a drug, over time you needed just a little more to get that same euphoria.  So naturally,  this turned into keeping up with friends in the city: buying stylish clothes, going to dinners at trendy new restaurants with friends, weekly mani’s/pedi’s, bar tabs, tanning, going out 3 times a week, daily lattes, cabs, going out to lunch almost daily, and never denying yourself something you wanted at that moment because “you deserve it!”

Ok, so you work hard, and one day you will get the pay you “deserve,” but what’s really going on behind these spending binges?

As someone who has fallen into the credit card trap, here’s what I think young women struggle with…

Does this resonate with anyone?!  More on this later, but obviously there is something bigger going on here behind a high credit card balance!

Getting Paid From Freelance Work