10 Health Myths You Shouldn’t Listen To

Remember earlier in the season when you fought that nagging cough? How could you forget! At first you assumed it was your allergies flaring up, but after you couldn’t shake it for more than a week, you started to worry.

You called your doctor to schedule an appointment, but there were no openings for a few days. So you decided to do what many of us are so used to doing: You looked up your symptoms on WebMD.

Uh-oh, you think. Could this be esophageal cancer? Am I dying? Should I panic?

It was okay in the end. You didn’t die. You finally saw your doctor, received an antibiotic for bronchitis and turned out just fine.

The Internet is a wonderful tool for self-diagnosis — as long as you’re looking to diagnose yourself as a hypochondriac. And like other forms of media, it’s also a sprawling source of misinformation about a range of health topics.

So, what widespread beliefs about health are more fiction than science? Check out these 10 health myths you should probably ignore.

One misconception that’s made the rounds on the Internet, and into popular magazines, is that drinking cold water with a meal is bad for you. In fact, you may remember receiving an email or two from your grandmother telling you to forward the information to your friends.

The Facts: There’s no scientific evidence to suggest that drinking cold water while you eat is harmful to your health. In fact, research shows that having a glass of cold water with a meal is actually good for you. Water in general helps you digest your food more quickly, removes toxins from your body and keeps your organs hydrated. And cold water is even better, because the body absorbs it faster than room temperature water.

So pull out that Brita filter and drink up.   Or, be health conscious and drink fresh cold juice which you can make at home from a juicer machine.

You’ve probably heard on Dr. Oz, or read in Cosmopolitan Magazine, that high-fructose corn syrup (HFCS) is worse for your body than pure sugar. But it turns out that this one’s not true either.

The Facts: The research is in, and pure cane sugar (sucrose) and HFCS are just about equally bad for you. Sure, HFCS tends to be more heavily processed, but most of the sugar products on the market are processed and refined, too. Both forms of sweetener carry an increased risk of diabetes and heart disease.

Regardless of what sweetener is in your favorite soda, you probably shouldn’t be drinking it. 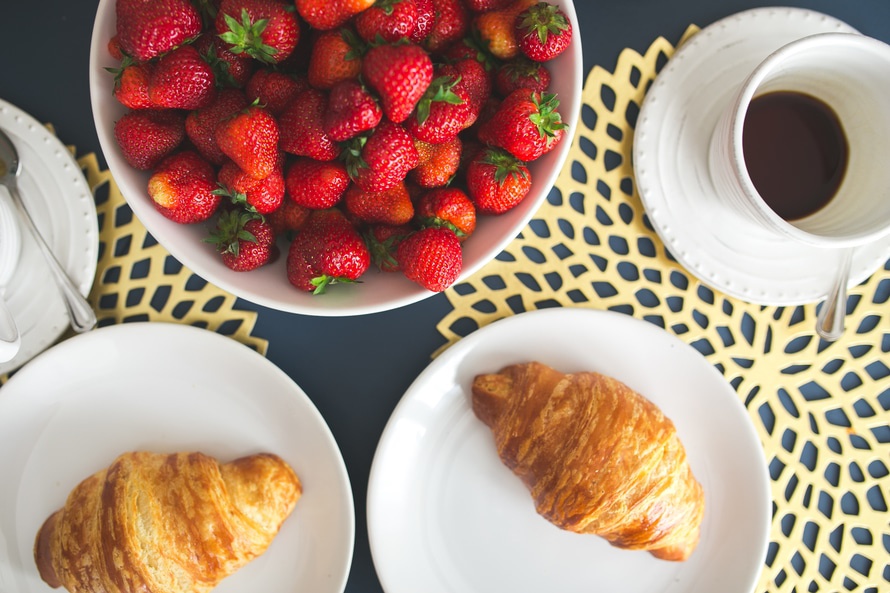 Gluten-Free Foods Are Better for Your Health

You likely have at least a few friends who brag about their diets because they’ve gone gluten free — and they think you should, too. After all, it’s healthier for you than foods that contain gluten, right?

The Facts: Wrong. While people with celiac disease or a gluten intolerance should obviously stay away from gluten, there’s really no evidence to support that a gluten-free diet will make you healthier. And it certainly makes meal planning more complicated.

So, no — there’s no shame in ordering the regular pizza instead of the gluten-free “pizza.”

MSG Is Bad for Your Health

You’ve just come home from work to find a Chinese take-out menu slipped under your door. In big, bold letters, the front page boasts: “NO MSG.” Does this mean you should change your favorite go-to take-out place when you want a night to relax indoors?

The Facts: Just like with gluten, some people have a monosodium glutamate (MSG) sensitivity and can develop headaches and other allergic reactions. But for the majority of people, there’s no evidence that MSG will make you sick.

You’ve probably met at least a few people who threw away their microwaves because they’re afraid that microwaves rob foods of essential nutrients. Should you jump on the anti-microwave bandwagon?

The Facts: Actually, microwaves may do a better job of preserving your food’s nutrition than other cooking techniques. Some nutrients, like Vitamin C, are destroyed during any heating process, but microwave cook times are shorter than the oven and thus keep slightly more of the nutrition in the foods. But, in general, the differences are negligible.

Sure, oven-cooked food can taste better, but there’s something to be said for convenience — especially if, like most Americans, you’re in a rush.

BPA Is a Safety Risk

You’re an active person, so you’re constantly carrying around a full bottle of water. You may be spending more money to make sure your water bottles are bisphenol-A (BPA) free. But should you really be worried about BPA as a safety risk?

The Facts: Despite the common perception that BPA is linked to health dangers such as birth defects, cancer and other problems, the verdict is in: Last year, 11 safety organizations worldwide reported that BPA is actually safe for use even if it comes into direct contact with food or beverages.

Maybe next time you go shopping for a water bottle, you can do it without breaking the bank.

You Should Poop at Least Once a Day

The mainstream media often claims there’s something wrong with you if you go a couple days without pooping, especially if it’s on a regular basis. Are your intestines going to rot with all of that poop building up in your system?

The Facts: This claim is also, well, complete and utter crap (pun intended). According to a report by the University of Massachusetts, the once-a-day bowel movement is just an average across all people. But a healthy poop schedule ranges from three times a day to once every three days.

It’s your potty, and you can poop if you want to — but don’t feel under any obligation.

Speaking of poop, there’s a good chance you’ve occasionally had a bowel movement that resembled the colors of the rainbow. Wait, shouldn’t stool be brown? Why is it bright red or black? Are you internally bleeding? Is it a hemorrhoid? Is this the end?

The Facts: Don’t panic just yet. The color of your stool can change for a variety of reasons. Iron supplements can make your stool appear black or green. Bright red can mean that you’ve just eaten beets or foods with red food coloring.

If you’re concerned, consult your doctor. But it’s quite likely you’re not dying, as much as WebMD wants you to believe the opposite.

Uh-oh. You just blew your nose and your snot is green. The rumor circulating is that clear mucus means a virus, and green mucus indicates a bacterial infection. Surely you need a course of antibiotics, right?

The Facts: Not necessarily. While bacterial infections in your sinuses can produce green-colored mucus, the discoloration is usually viral or fungal. It could also be due to iron supplements or your diet. Of course, you still want to seek medical attention if you have other symptoms, like a fever or sore throat.

Also, make sure you stock up on Kleenex any time you’re at the drug store.

Cold Weather Can Make You Sick

Speaking of illnesses, another common, age-old myth is that chilly weather can give you a cold — or worse. But low winter temperatures alone don’t cause viruses.

The Facts: Experts say that cold weather can actually fight infection, because the lower temperatures help the cells that attack viruses. Research from the National Institute of Allergy and Infectious Disease reports that the cold virus grows best at around 91 degrees.

It’s going to be a hot summer. Don’t be afraid to go on that ski trip in the mountains you’ve always wanted.

The Bottom Line On Health Myths

The point is, don’t believe everything you read on the Internet or see in the media. Even if reporters’ intentions are good, it’s easy to misinterpret a study from the primary source, particularly if they aren’t familiar with the subject matter.

And now you have the knowledge to educate your grandmother when she forwards another chain letter about health and wellness.

Give Dad Something He Really Wants